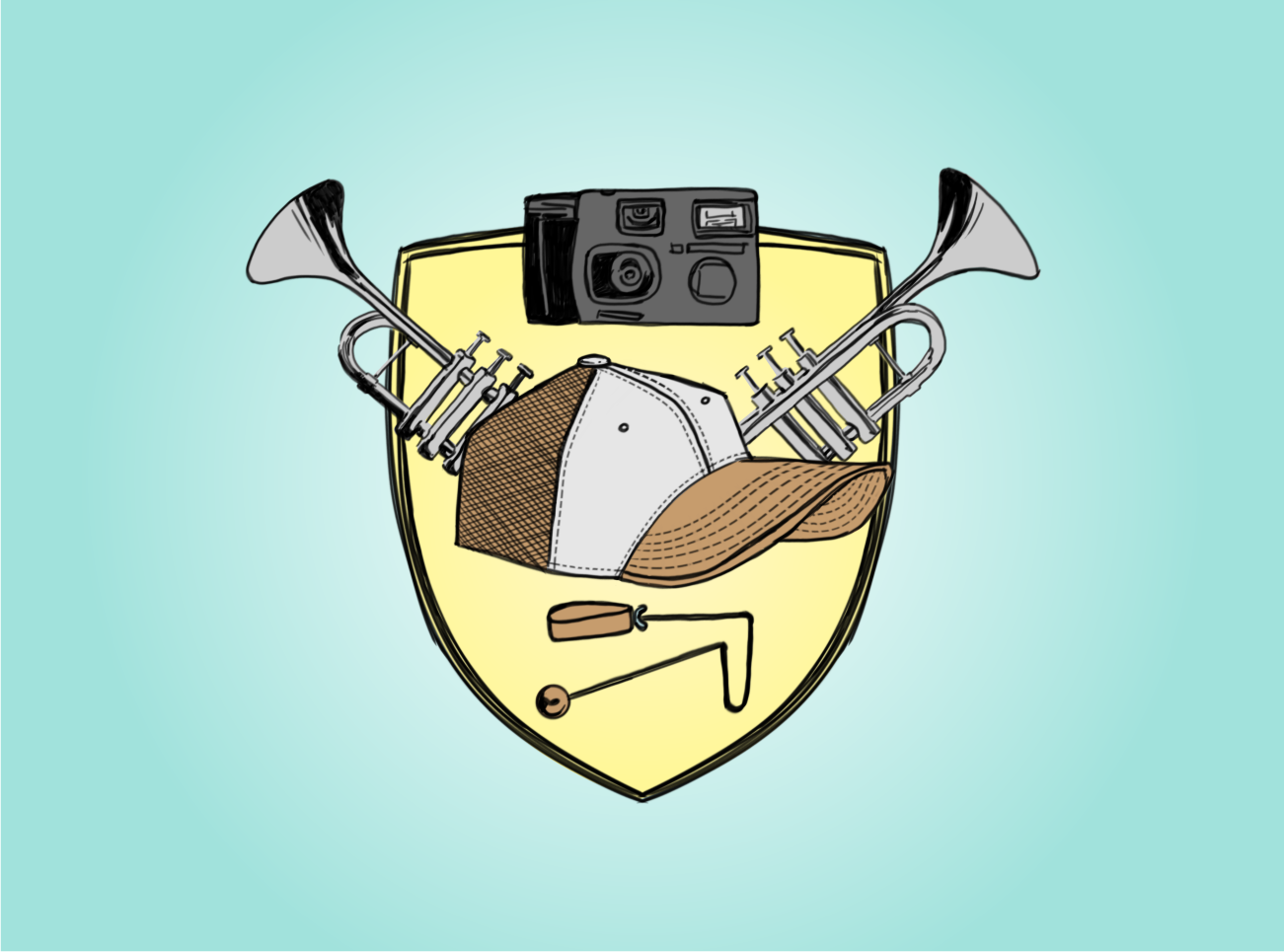 The year, 1996, the place, my high school's gymnasium. My best friend (sorry boys, even after 23 years the position is still filled) and I were on the assembly committee (shut-up!) setting up the stage and chairs for a presentation when we first heard the bass line to Cake's 'The Distance' come over the gym's speakers. We'd never heard anything like it before, and we still haven't.

Cake haven't released an album in 8 years and haven't toured the UK since I've lived here, that's the past 7 years. Cake sold out London's Electric Ballroom from across an ocean and from the other side of a continent from a little place known as Sacramento California. If you're at this sold-out gig, with no tickets available on the door, you've paid £37.50 and you know what you're getting into. This isn't the type of gig you're going to because someone left it to you in their will or you've got nothing better to do and just wanted a Saturday night out on the toon. For many in a place like London where there's always action just around the corner there's far better things to do. For us, an eccentric few spread far and wide, this niche performance is definitely the best thing we could be doing on this night, in this place.

I've seen Cake to date play 3 times, twice in the USA in the late '90s and early 2000s, I can't remember the first as it's blotted out by pure rage at the loss of a Kodak disposable camera we took to the show with us. A roadie took it on tour and promised to send it back, never did. Kids, never trust roadies. We waited after the gig at the stage door and got pictures with Xan and Vince (Xan held up a banana and we thought it was the funniest thing in the world). Both gigs were in large theaters because America, you know? My friends and I could only afford balcony seats but of course snuck down to floor level when the guards took their eye off the ball, still too big to enjoy their sound. This time around under the guise of a writer (Muuuuwhahahhaha) I got in early and positioned myself front and center by the barriers. On my way to the stage I passed columns plastered with posters stating the following:

No opening act and an intermission? How very. I tucked into my spot and waited to get a couple of great shots of the band for the article before putting my phone away so I could enjoy the gig unencumbered, but oh my brothers and sisters, would you believe it would not be? Double crossed again by my beloved Cake before the band comes out over the PA system I hear a pretentious voice announcing that if anyone is caught recording, filming or taking pictures during their performance they would be promptly removed from the venue. This is not a joke, I have personally seen John (lead vocals/songwriter/backup guitar) stop his performance twice at 2 different shows to eject audience members for this very reason. I was right in front of the mic and paid full price for my ticket (£37.50!) I wasn't about to get jacked, but I was livid. I SHOULD MENTION (in case Cake or their management is reading this) I'd reached out to Cake's management and social media team about an interview/pictures for a week straight via e-mail and instagram DM to no avail, now this? Would the readers mind if we skipped into the future briefly? A few days later on Cake's instagram there surfaced re-posted photography from this and previous gigs from fans inside the venues the moderator of said media outlet going as far as to compliment the shots crediting the followers, pretty hypocritical and extremely irritating both as a long time fan and supporter of the troop, needless to say the article (and my mental well being) will suffer, won't someone please think of the articles?!

After the devastating announcement and some weird two minute nightly news theme song the three long time members stroll out on stage. Vince (trumpet/keys/backup vocals) a ubiquitous Californian next door neighbour type in a button down check shirt who's alter ego is being a founding member of Cake. Vince is followed by John (vocals/backup guitar/lead vibraslap) channeling his inner Grandpa Lebowski in a flat-cap, sunglasses, large woolen zip up and Doctor Strangelove T-shirt with Xan (Lead Guitar) in tow looking like a young Cowboy David Bowie. John's got Cake's pattented 'Vibraslap' in hand, raises it and kicks off their set with album Fashion Nugget's title track 'Frank Sinatra'.

The holy trinity that is Cake's identifying sound is Xan's guitar, a Grestch Bigsby, its iconic sound lacing it's way through Cake's entire discography, coupled with Vince's trumpet and John's vibraslap, who's arrangements and sound transpose from record to stage seamlessly. They're nearly 30 years into their career and haven't lost any of their spunk. Their showmanship matches their music, chill and engaging. The setlist was made up of tracks plucked from each of their records including a variety of covers ('War Pigs', 'Sad Songs And Waltzes' and 'I Will Survive'). I'm sure we've all been there, going to see a band waiting for them to play their 'hit(s)' but with Cake that's never the case. If you're a Cake fan I think at least 85% of their tunes are hits to us so you're never really left wanting or waiting and you can just enjoy the performance (and intermission). Speaking of the intermission, upon returning from it the band gave out a tree to one lucky member who guessed that it was an apple tree (aaaaw yeah, apple pies son!), they had to promise to plant it within a month and send pictures and continue to do so until the were DEAD. Small price to pay I'd say for free apples, I mentioned the pie right? (It'll need to be near another one for pollination help - Ed.) I'm happy AF they came back with an encore consisting of 'THE DISTANCE', man, that bassline gets me every time. I think with time their audience engagement has come a long way too and John has certainly mellowed out since the last time I'd seen him. When they played 'Short Skirt Long Jacket' John split the crowd in 2 and had them compete in a shouting match of Na, Nas (x11) that made the already nearly nonsensical and teasing tones completely lose their meaning entirely giving way to a shouting match that left the audience hoarse. It was fun, don't get me wrong, but this brings me to the paradox that is Cake's front man.

What vibe the band as a collective builds on stage, John's antics smash to pieces with things like coaxing the audience, I kid you not, into heil salutes while encouraging their decision to give up individual thought momentarily in lulling tones to let the crowd understand 'how good it feels' to do so. I don't know if he's trying to gauge the type of people that now form the Cake audience or fan base but it's in poor taste. For a Californian he's a pretty politically and outspoken sort of dude, the type that rams his opinions down your throat during a gig, think Mussolini-meets-Madonna type. He'll stop playing and won't start until you're listening again, be it to his music or rhetoric. He will have you ejected from a gig for not listening. Riding the coattails of the Na Na Na Nas' teasing tones John rubs the audience's noses in Brexit, "How 'bout that Brexit, that hard Brexit? I like a hard breakfast myself". Later in the set he brings up Brexit again but to his credit mentions they're in the same boat with Trump as a lead into their new track, 'Sinking Ship' which if I'm honest I'm not really a fan of (sounds slapped together and lacks all soul). Don't drink the Kool-Aid though kids, John has a clenched fist that he shakes at the sky at all of life's woes, politics, meat and capitalism but these ethical standards are waved away once you pop by their merch table and pick up a Gildan branded (Haitian low cost labour) T for £25 to go along with the £37.50 entrance fee. Hey John, how do you afford your rock and roll lifestyle? Excess ain't rebellion.

In the end can I really fault them for their antics? I guess not, their lyrics are cynical, cutting, dark at times, both romantic and sad, if you're a Cake fan you know what you're getting into. If you're a fan or maybe even if you aren't, you'll enjoy their show and I do recommend you seeing them live because if you're anything like me you love singing their lyrics because they're easy to remember and it's like speaking with a melody. They haven't released an album in 8 years but I don't think anyone can argue they aren't prolonging the magic. If you do get an audience with one of the band members, roadies or merch guy ask them where the fuck my camera is and to get back to an e-mail sometime this century.

2. 'I Will Survive' (Gloria Gaynor cover)