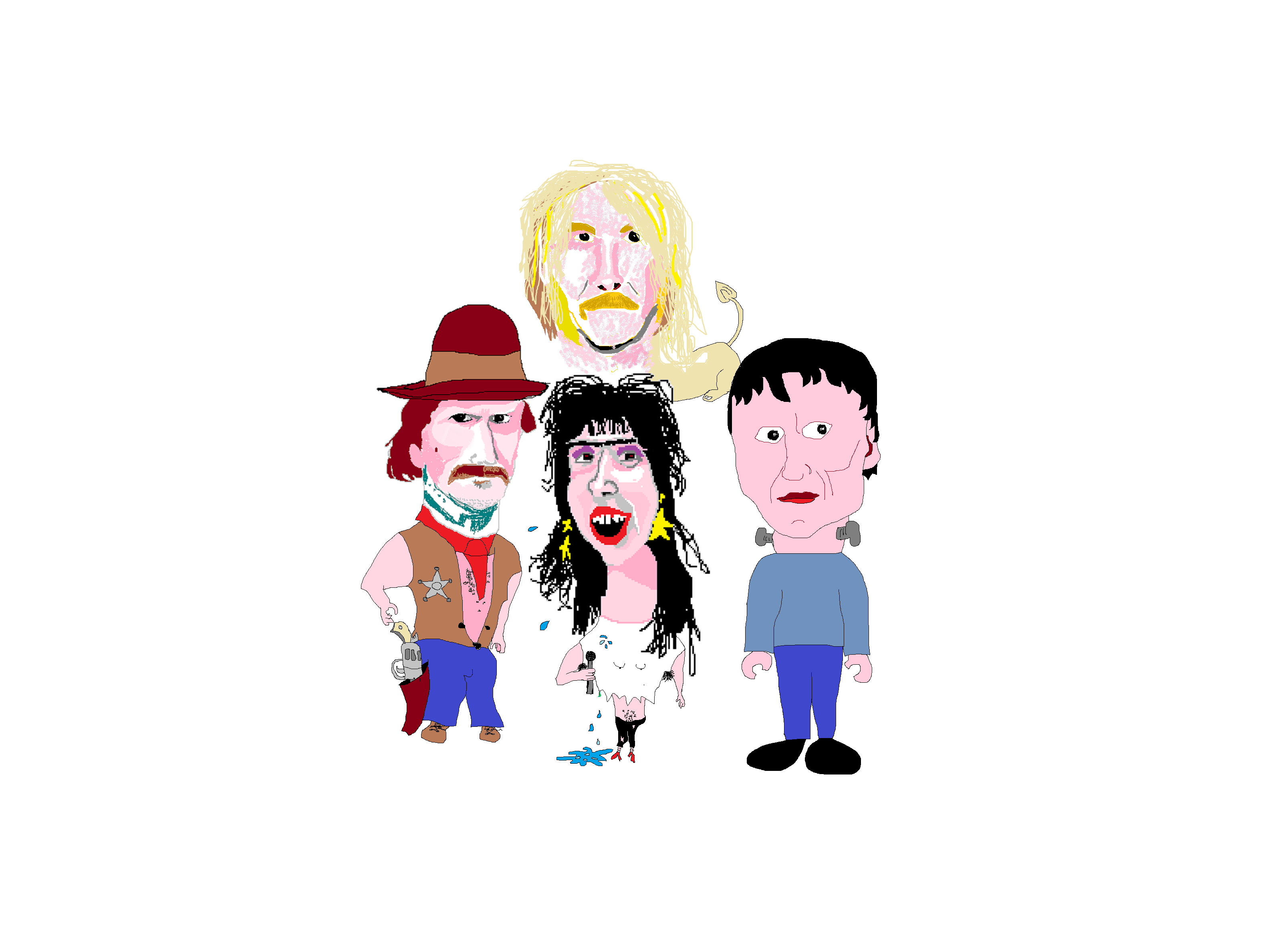 It's Valentine's Day and there's an awful lot of dudes walking around with bouquets of flowers in their hands. I chance a look down at my own hands and breathe a sigh of relief as I realize the only thing in them is a cold beer. I'm sitting in my flat by an open window on an unseasonably warm and sunny day in mid-February watching the people traffic below. Wafting in on a gentle breeze is the closest aroma to a flower that'll be getting anywhere near my schnauz on this day, the smell of weed floating in from the next-door neighbour's place. Soon this smell will be replaced with body odour from a heap of screaming fans because tonight Surfbort and guests are playing the MOTH Club.

I missed the band's free show late last year at the Shacklewell, I was super tired and Die Hard was playing on the big-screen, I run into Sean Powell (drummer for Surfbort) outside the gig. He's having a smoke as I'm locking up my bike. I've arrived super early to stake out a good spot and I put my absence at the last gig past him:-

Sean: John McClane huh? Probably for the best. The gig was a lot of fun; the Shacklewell's cool.

Cpt: So, how'd the tour I missed treat ya?

Sean: We toured with Wolf Alice an...”

Sean: Me too, I've always wanted to as well.

Cpt: Hey man, let me ask you something, what do you think about this?

I'm downloading a picture off an e-mail sent to me previously by my Boss at work (see below). I'm hoping to use this picture for the article in case my pictures come out blurry or my phone gets completely destroyed as it's a sold out gig and Surfbort have a reputation.

Sean: Awesome, let me get a picture of that.

With that I make a move and head inside, there's a booth by the stage where I dump my gear and make my way to the bar. I grab an overpriced beer in a plastic cup because it's midway through a short month and I'm still flush. Heading back to the booth I step into my 'safe-zone'. First up on the bill Nuha Ruby Ra. A 7 piece that somehow fit on stage at the MOTH which at the best of times manages to contain a quartet with strain. Not having any idea who the support acts were before attending the gig but there I am greeted with a trouser-less Ruby (vocals) singing off stage in the audience to Surfbort's Dani who's at the front of the crowd showing support. I took some notes during the performance with descriptions like, 'monotone' and 'gimmick' and from what I remember the crowd wasn't feeling it either. The experience felt like a recipe with too many ingredients in it that ended up tasting like nothing, maybe I just wasn't 'getting it' but the audience not getting it either gave me great solace. I gave the group another listen to the next day because everyone deserves a second chance. Strike 2.

I'm back at the bar trying to erase the memory of the first act and again wandering back to my booth I return to see what appears to be 3 children setting up their gear. All I can think is they better hurry because it's almost 9 and MOTH policy explicitly states that All Children Must To Be Off The Dance Floor By 9:30pm. The well dressed 3 piece are Birmingham's own The Cosmics (@thecosmicsuk) and fuck if my sarcastic ass wasn't handed back to me. They're last preparations are to take off their shoes and start killing it, absolutely so. Their instagram bio hales the sound they make as Noisy Garage Punk but it's so much more than that, it's guitar feedback, throbbing long necked bass beats and cymbals, but most of all it's Stooges-era FUZZ. What a welcome change, I'm back on form and screaming myself hoarse from the booth cheering. Conor (Guitar) and Erin (Bass/Vocals) make use of the stage, constantly in motion while Conor's twin brother Danny (drums) is juxtaposition calm in the background keeping the beat. The Cosmics finish up and everyone clears from the front of the stage quickly like they've snapped out of a trance. I walk up to the stage as Erin's tearing down her equipment and say the only thing that comes to mind about their performance, 'Wooooooooooooooooooooow', satisfied with my review I excuse myself before things get awkward. 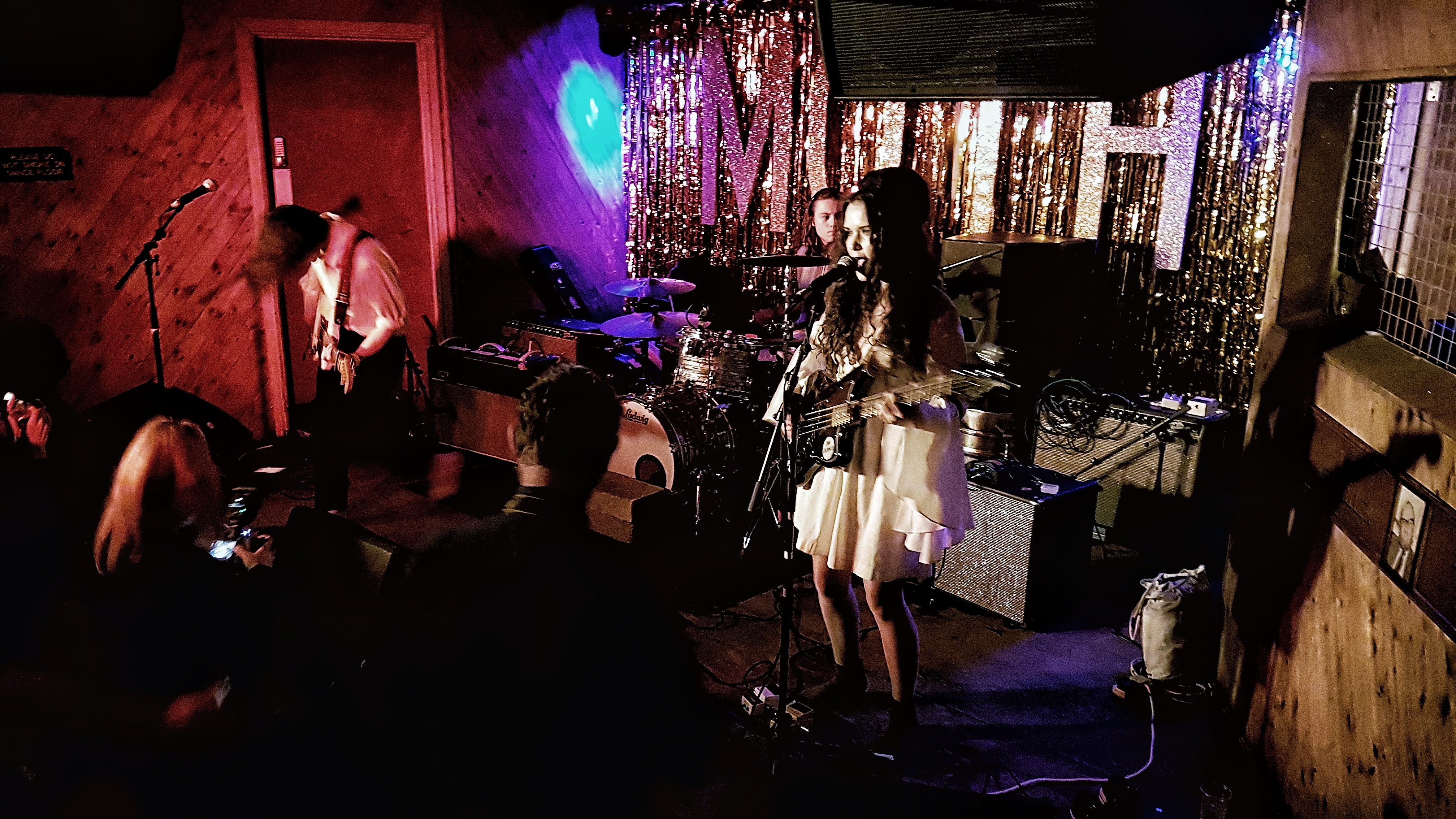 Cpt: YOU! Too much power!

Danny who I'm slightly taller than (a first for me) has a look to him like he's getting cornered in the hallway at school by a bully.

Cpt: You guys absolutely killed it up there!

Cpt: I did not see you guys coming, at all, so much fuzz and fun, where are you from, are you guys local?

Cpt: Wow, you've got a long ride back tonight mate.

Danny: Luckily for us our parents drove us here.

Danny: Our family wanted to see us play a gig (I think he said) they've never seen us play before. The guitarist is my twin brother too and Erin our bassist is also a cousin.

Cpt: How'd you land a gig here, when can I see you guys again?

Danny: We're friends with the guys from Club The Mammoth and they suggested we open for Surfbort. I'm not sure on upcoming dates.

Cpt: Can you get me some if I holler at you guys later on?

We exchanged pleasantries and parted ways. I got a message a few days later with some dates:

There's been a lot of buzz associated with Surfbort since around the time they popped up on my radar last October which was around the time their new album dropped on Fat Possum Records. The pictures that were popping up on my feed of them were pretty gnarly but what really attracted me to them weren't their unfiltered and amateurish rough sounding punk melodies but the lyrics associated with those songs. A few tracks and lyrics below:-

"You take 500 selfies a day, can't look away from the mirror or your camera,I'm afraid for my selfie."

"When I look away it's the only way to see. They told me there are other fish in the sea, but I've got you and you've got me."

I hope one day future anthropologists find these lyrics and realize we weren't all reality TV vapid looking lens staring idiots. Melodically 'Stalker' is my favourite tune of theirs. 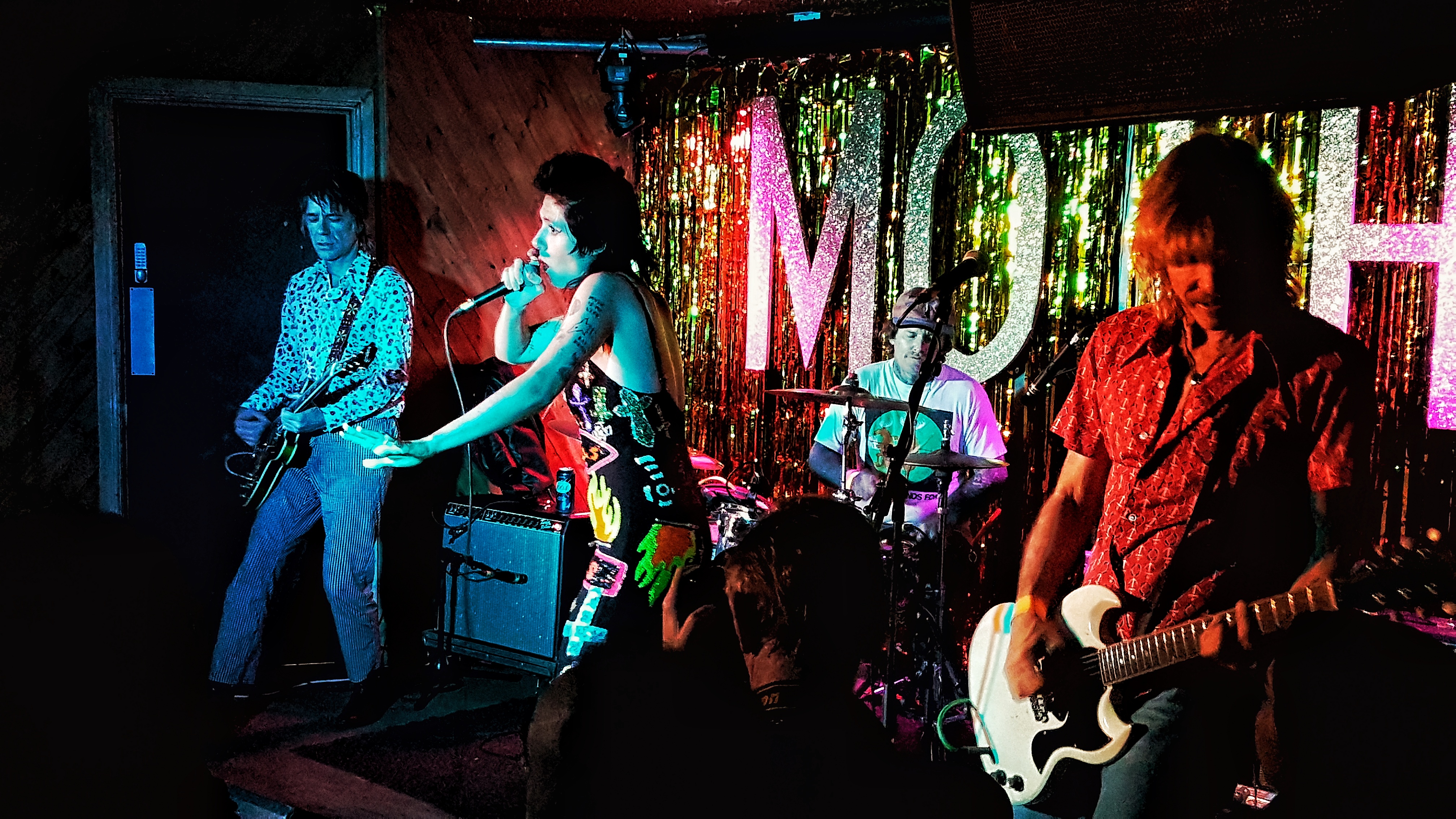 The MOTH is now at capacity and the band's done tuning up and getting into their first track 'Pretty Little Fucker'. Dani comes out on stage after the tune's kicked off looking like a cross between Karen O and Juliette Lewis if they had a baby with punk rock. Her outfit looks like it was designed by the sponsors of a Nascar team (catsuit, golden sparkly docs). The rest of her band (Alex, David and Sean) look like variations of the same person, an intergalactic bounty hunter in different stages of disguise (Krombopulos Michael is that you?!).

With mic cable wrapped around her arm like a python slithering it's way up the tree of knowledge Dani spit her truth out at her audience (see lyrics above). The band is loud and like The Cosmics constantly in motion, at one point Dani even jumps into my booth, and here I thought I was safe, but then makes her way back on stage and into the crowd to dance and mosh her way through the rest of the set. Surfbort very much bring the energy of their album to stage and get the crowd involved too. It's an enjoyable way to spend Valentine's Day for sure. After their set they stuck around and took pictures with everyone who asked, there must've been like, I dunno, 500 selfies at least.