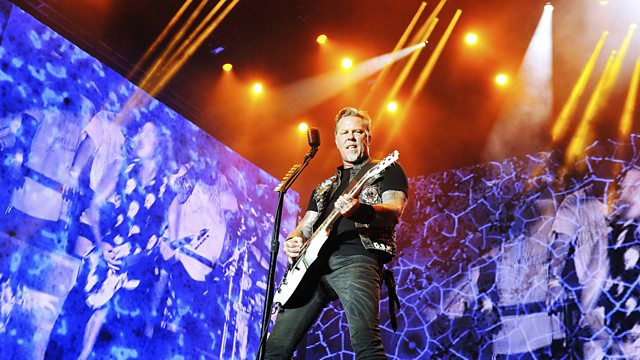 With Sunday morning comes familiar feelings that go along with any festival, dull aches and deflated air mattresses. Thankfully the weather has been kind to us this year, and spirits are high (and in full flow) when we head to the Main Stage to catch the first band of the final day.

Foregoing the bizarre inclusion of Japenese psuedo-metallers Babymetal in favour of gin and tonic, it's Fidlar who kick off the day's proceedings and prove to be one of the surprises of the weekend. Having heard their debut self-titled album in 2013, and not being particularly impressed, we couldn't imagine it would transfer particularly well to open air stage. How wrong we were. With a set dedicated to getting monumentally wasted, the band plough through tracks such as '40oz On Repeat' and 'Cheap Beer' before finishing on the excellent 'Wake Bake Skate', it's loud, trashy and obnoxious, and it provides a second wind for any of the crowd whose energy levels are lagging. Over on the NME stage, Slaves were just as loud and just as obnoxious, but with a distinctly more British vibe to them. Unsurprisingly they draw an impressive crowd, though that was a given considering the abundance of Feed The Mantaray t-shirts seen across the weekend.

Perhaps the biggest surprise of the weekend comes in the form of Alexisonfire's incendiary reunion show. A huge crowd swells around the sound desk as several circle pits erupt the moment the band launch in to 'Accidents'. In true festival fashion, an inflatable raft is pushed towards singer George Pettit as he stands on the barrier. Climbing aboard whilst never letting his vocals drop once, one fan's festival is made as sees his chance and climbs in the boat with Pettit, the pair of them grasping each other as if their lives depended on it, before the boat capsizes sending them crashing to the waiting crowd below. It's organic occurrences like this which make festivals as special as they are, and keep people coming back year after year.

Back to the NME Tent, and current indie darlings Wolf Alice suffer from some early sound issues that soon ironed out, allowing the band to really break in to their stride. With a set backboned by their recently released debut album My Love Is Cool it's easy to see why the band are enjoying a surge in popularity. Switching between effortless cool and manic intensity, the band's set is over all too soon, but we expect we'll be seeing much more of Wolf Alice in the coming months. Remaining at the NME Tent, Catfish and the Bottlemen draw the biggest crowd the tent's seen all weekend, spilling out of the sides and around the back. Unfortunately their sound seems a little muddied from our position outside, and we opt to head over to an equally packed 1xtra tent for Lethal Bizzle.

Heaving and sweaty the crowd makes the best of a cramped situation, and Bizzle manages to get even the most reluctant amongst us bouncing. With the standard 'Fuck Reading' chants and the not-so-standard Snapchatting pictures of the crowd, he ends with the resounding 'Pow' causing a small riot in the tent that carries on towards the Main Stage as we gear up for the final band of the weekend.

Having never seen Metallica before, and not really knowing what to expect given our propensity for enjoying the softer side of music [read: whiny and emotional] whilst having quite the distaste for guitar solos, we go in open-minded and optimistic. Thankfully our optimism pays off, and as the band tear through a plethora of hits such as 'Ride The Lightening', 'Fuel' and 'Master of Puppets' we ourselves appreciating the band far more than we ever did when hearing their albums. A much welcome inclusion comes in the form of 'Sad But True' just before the halfway point followed by an astoundingly impressive bass solo from Robert Trujillo. It's all a little self indulgent by the end of it, something exacerbated by Kirk Hammets insistence on getting in on the act after the aforementioned 'Master of Puppets'. It's the band's encore where they really shine though, a Cliff Burton dedicated 'Whisky in The Jar' provides some brief respite from the weight of the rest of the set, whilst a concluding rendition of 'Enter Sandman' complete with fireworks and beach balls cements Metallica as being nothing if not showmen.

It's been a long four days, though given the size of the festival that's unsurprising. Sunday night sees the first real rain of the weekend, and we wake up to a flooded tent porch on the Monday. Still not quite ready to face reality, we struggle once again with bags and an errant tent, slipping on the newly muddied fields back to the car and back to the real world. Same again next year, Leeds?

Wolf Alice are a group that have exploded onto the music scene recently. Having already established themselves as ones to watch and creating a solid following, it’s surprising that My Love Is Cool is their debut album with their only prior releases being the EPs Blush and Creature Songs. Bassist Theo Ellis has stated they were told that they could not be pigeonholed and he’s completely right.

The album effortlessly flows from one genre to the next, mixing and matching them as it goes, a level of brilliant creativity that some musicians can spend their whole careers striving for.The album ranges from tracks like ‘Giant Peach’ and ‘Fluffy’, which are rock influenced songs similar to old school rock bands such as The Runaways, to electronic dance tracks like ‘Soapy Waters’ without making it seem like any of the tracks don’t fit in with the rest of the album. They aren’t just crossing genres; they have smashed the barriers created by them.

The opening track, ‘Turn to Dust’, is a light, almost dreamy kind of song setting up the relaxed feel that most of this record has.The strongest are the tracks ‘Swallowtail’, a heartfelt slower song with lyrics such as, “Swallow fear”, and ‘Silk’ a slightly darker song with eerie whisper like backing vocals.Track 2, ‘Bros’, is a good example of the incredible talent this band has. Being an earlier release that got remastered for this record, it’s more on point than the first release. The lyrics are more powerful and the music is more engaging from one record to the next.

They have improved in leaps and bounds. It’s almost frightening to think of where else they can expand to next. This is an album for music lovers all over, not just fans of certain genres: it smashes down those barriers. It’s simply a brilliant album in all aspects.

My Love Is Cool is available from amazon & iTunes.