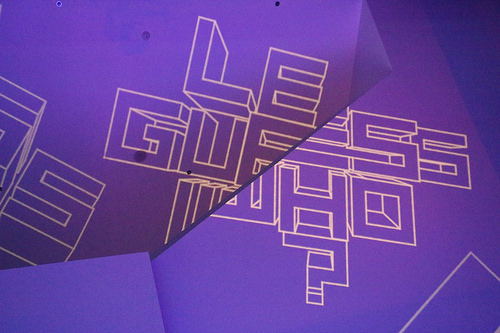 The final photographic piece for our coverage of this year's Le Guess Who? 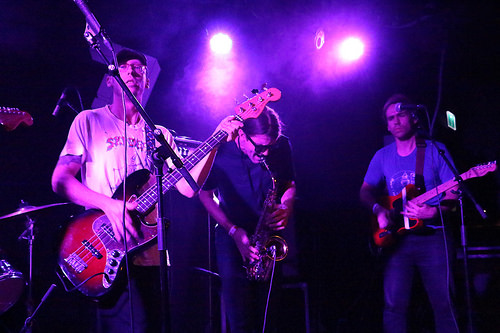 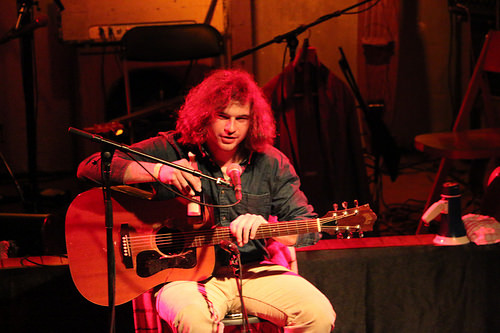 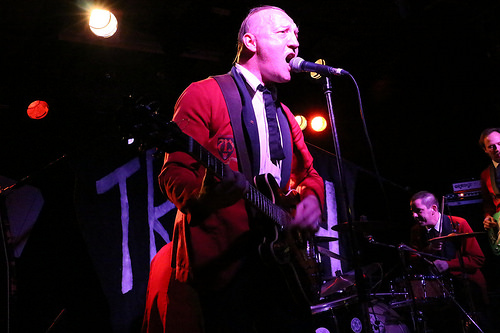 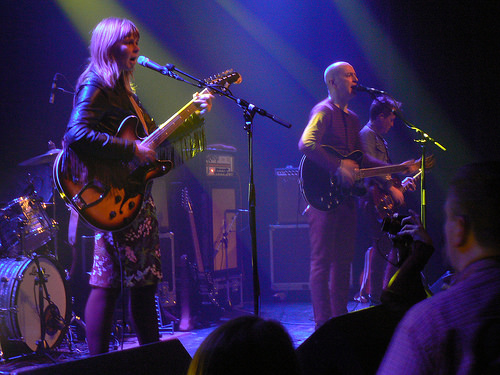 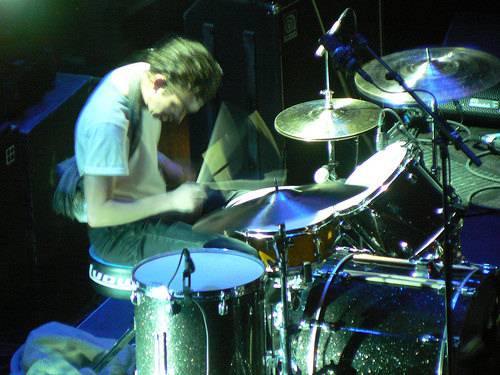 The full album can be viewed on Flickr here. 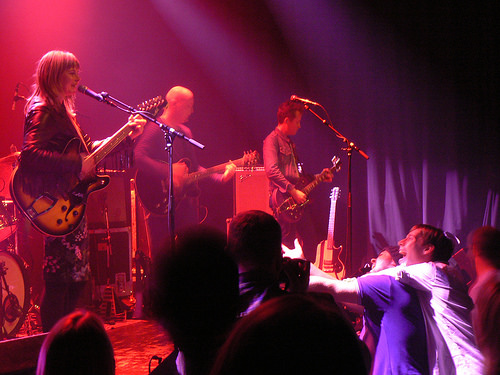 Day three of Le Guess Who? involved a bit of box-ticking and a trip down memory lane. Wire, sporting a nice line in mint green guitars, were the first act to be checked out in the Tivoli-Vredenburg. Displaying great energy their set was pretty much as expected in terms of recognisable songs, given that I’m a devotee of their classic output from the Seventies and hazier on the later stuff. Add to that the fact that they’re still very much an active entity (new songs ‘Blogging’ and ‘Swallow’ were keenly received, as was the first live outing for a track that may be titled ‘In Manchester’) and you'd be foolish to expect only the 'hits'. 'Map Ref 41 Degrees N 93 Degrees W' was though a welcome inclusion. Technical issues appeared to dog the second guitar but those didn’t get in the way of the performance, which even inspired a small pit at one point. Anyone heading to see the band at their DRILL :Brighton event will be well entertained.

Local boy Binkbeats, who we had the pleasure to see honing his set in the ex-Tivoli-Oudegracht the day before, was given the honour of playing in the Grote Zaal tonight and the Kytopia member pulled it off pretty well. Whilst his tunes brought to mind Aphex Twin, Orbital and Jimi Tenor at various points and he’d a fantastic though too short spell utilising hand bells there were other periods when he was a tad dwarfed by the setting. A more intimate room is probably the best place within which to see him, for the time being at least seeing as his ambitions point to his sound managing to fill large spaces in the not too distant future.

A quick look in at Mac Demarco is best glossed over as his cod reggae and dungarees were highly suspect, popular though he obviously was seeing as it was standing room only even on the balconies of the Pandora room. What was called for now was a walk down through the city centre to the de Helling venue to step back in time with The Vaselines.

Entering as the band were getting into ‘Monsterpussy’ it was immediately clear that those there to watch were fans rather than just stopping by as part of the overall festival experience. Frances was in a very vocal mood, describing the audience as being compiled of three types – rowdy, quiet and those at the bar who were “just masturbating”, whilst later announcing she’s not gender biased (Eugene apparently is though) and generally keeping up a better level of chat with the crowd than witnessed anywhere else over the weekend. ‘Jesus Don’t Want Me For A Sunbeam’, Sex Sux’, ‘One Lost Year’ and ‘Son Of A Gun’ whipped a small section of the audience into a worshipful frenzy whilst the rest of us were rather more restrained but nevertheless appreciative of one of the stand-out performances of the four days. Long live The Vaselines.

The fourth and final day of the festival began with a return to Ekko to catch Brooklynites PC Worship. Delivering a tight and uncompromising set (of their tight and uncompromising sound) theirs was a performance in which you could virtually see a physical representation of the coiled energy they so obviously contain and feed off & then so spectacularly let loose when the pressure reaches its peak. Staying around Ekko we caught one of the weekend’s enticing collaborations (of which Le Guess Who? had a number this time around) as PC Worship and Parquet Courts teamed up to perform as the jazz-infused PCPC. Alternately wailing and brooding the saxophone was a welcome inclusion in the marriage of the two band’s punk energies and those that had stuck around for this little step into the unknown were well rewarded for their curiosity.

Punk of a different flavour was next on the bill as a visit to the far flung dB’s venue to catch Thee Oops and The Monsters was in order. Take it from me – you need to take the rail option when hitting this place, particularly at this time of year. Thee Oops hail from Sardinia and delivered a fast, rough & ready set that epitomised the healthy state of garage punk worldwide right at this moment in time. Theirs is a loud voice that deserves as wide an audience beyond the confines of the scene as possible.

Lightning Beatman and The Monsters rounded things off for us this year in a multi-lingual performance that nicely brought things full-circle. Plus they were sporting those same mint green guitars (okay, one was a bass) as Wire so clearly a seal of approval. With their two drummers pounding away on their combined one and a half kits, Lightning Beatman growling and howling away (all the time resembling the confused.com character with his minimal combover flailing about) and all four members sweating cobs in their maitre’d-like outfits this was a vintage performance of raw, primal, foot-stomping urgency and the dedicated crowd loved it. Cramming in 18 or so songs, including a rendition of ‘Blow Um Mau Mau’ you could feel in your gut, the boys from Bern laid it down as few others can and, once they’d disappeared from the stage, there was no chance of keeping the high going so catching a train back to town and heading home was the obvious option. A great end to another great event in Utrecht.

Many thanks to Inga & Max for being fantastic hosts and to Jessica and the LGW? team for their help and assistance throughout the weekend. Cheers too to Stef - good to finally put a face to the name.