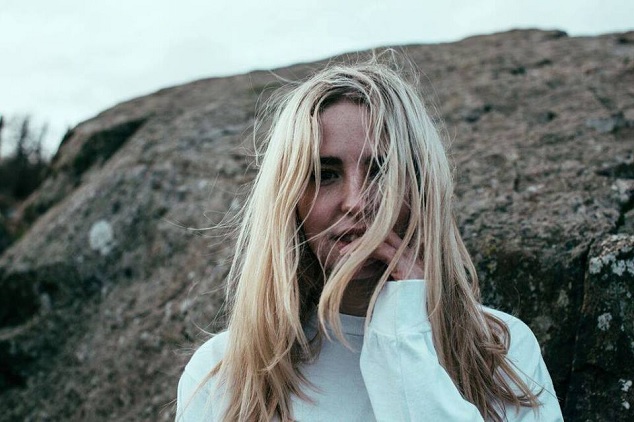 After an Introducing piece and EP review of Holy Water in 2014, and a keen eye on the updates since, it was a pleasure to finally see Southampton's Laurel perform live in Glasgow recently.

Whilst the likes of ‘Memorials’ and most of the now London-based musician’s first material seemed to be steeped in haunting pop, her latest EP Park is primarily defined by its guitar-centred sound. Both flavours of music are equally enjoyable however, and allow for some welcome changes in pace when cycling through the back catalogue.

It's slightly surprising however when the earlier sound appears to be temporarily abandoned, as Laurel takes to the stage alone just after 21:00 with a guitar in hand. No synthesisers, no backing band, no unnecessary frills, just a woman and her guitar preparing to deliver a stripped back musical performance.

Showcasing a mere eight tracks, Laurel’s potent vocal dominates the room as it dances hand-in-hand with the gruff and distorted guitar melodies. ‘Too Far’ and ‘Hurricane’ help to advertise that latest EP with ease, whilst a high percentage of unreleased tracks affirm the wealth of material yet to come. ‘Adored’ specifically is stated as her own personal favourite, and the associated emotive delivery helps to secure it as a crowd favourite also.

For a first venture north into Scotland, the crowd is modest in size, but receptive of the entertainment which Laurel provides. The closing track, ‘Life Worth Living’, is well chosen as it’s clearly the most well-known and brings the crowd together for a closing sing and dance of the night.

With her lyrical content laced with themes of love and yearning, it’s certain to strike a chord with those both in and out of love, and with her talented execution Laurel is certain to pick up an abundance of new fans on this initial UK tour. A debut record and a greater spreading of the word will only bring bigger crowds, and I look forward to her hopefully triumphant return to this Scottish city. 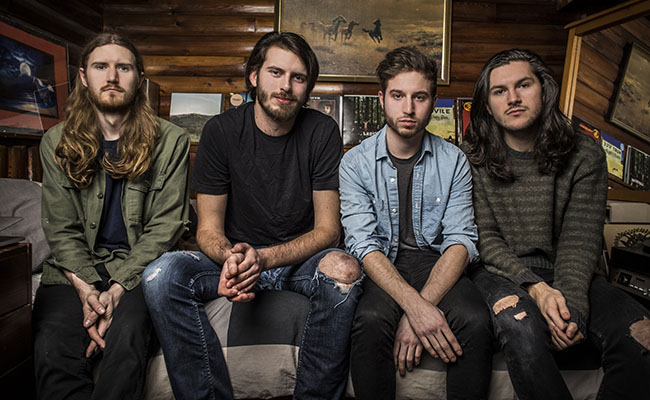 Opening with 'Oh My God' from their new record Divorce, Vancouver's JPNSGRLS have travelled a long way to play to 30 people in a Glasgow basement, but they put on a killer show regardless.

Over a 13 song set, drawing from their latest record and debut Circulation, the quartet impart some thoroughly enjoy rock vibes. Frontman Charlie Kerr shakes his hips in a hypnotic and infectious way, brimming with charisma and stirring the crowd into a dancing frenzy. Meanwhile guitarist Colton Lauro strikes the perfect tone as he tears through track after track, with the rhythm section of bassist Chris McClelland and drummer Graham Serl rounding off the band's energetic sound.

After shooting out the block with a one-two of 'Oh My God' and 'Trojan House', the pace of the night only slowed on the more restrained tracks such as 'Holding Back' and 'Southern Comforting', and the closing cluster of 'Smalls', 'Mushrooms' and 'Bully For You' ultimately ramped the energy back up for a suitably raucous finish.

With the energy flowing throughout, and the quality of the music being played, and the skill of the performance, it seems almost criminal that the crowd is this small, but at least the people in attendance and hopefully the band will keep these positive memories going forward and spread the word to their friends a great turnout next time.

Opting to miss the last train and pay for a taxi home instead to avoid missing the end of the show is really the highest compliment that can be paid here, and the rest of the words are meaningless by comparison, so we'll just end here.