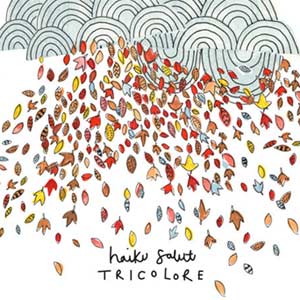 Haiku Salut may not be the name on everyone’s lips but one thing is for sure, if this album somehow manages to get your time of day, it’s not likely something you will forget in a hurry. Rather than try to pin a style of six or seven hyphenated genre abbreviations to the Derbyshire trio, we will do our best to break down the intricacies of what their instrumental debut album Tricolore is all about - not particularly easy to do with something that is to an extent musically pretty unique to the UK in general.

January 2014 seems at the current time to be rather far in the future but, in the spirit of the the six Ps, applications are now open for performers to apply for slots at the Eurosonic Noorderslag 2014 networking event which takes place 15 to 18 January in Groningen. Previous beneficiaries of the exposure the event affords include Anna Calvi, Crystal Fighters, James Blake, James Vincent McMorrow, White Lies and The XX.

Eurosonic Noorderslag has been on the go for nearly 30 years so that's a fair old track record. Submissions are welcomed up till the end of August 2013 and there are two methods by which you and your band can apply. 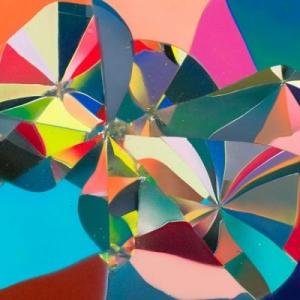 Ring, the debut album from Glasser, is aptly and deliberately titled. Apparently based on a fascination this 'one woman orchestra', also known as Cameron Mesirow, developed while reading Homer's Odyssey, it eschews conventional ideas of the structure of an album. In the Odyssey, as in much classical literature, ideas and themes progress non-chronologically towards a central concept. Having accidentally listened to the entire album on shuffle, an occurrence that usually does not go unnoticed for so long, I can testify to the idea that a sense of journey or progression, as we usually experience and perhaps even expect on albums, is absent. It's slightly disorientating, and makes it initially difficult to pick out distinguishing features of the individual songs.