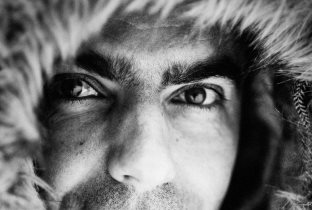 Track of the week: ‘Josephine’ by Woolfy Vs. Projections

Chris Rae’s ‘Josephine’ is just one of those tracks everyone who has ever listened to the radio (ever) just knows. The lush vocals sending all their love to Josephine; just tapped into the consciousness of people that one. Obviously, the lads of Woolfy vs. Projections make sure it now is readily available for the dancefloor as well, doing their catchy, funky thing before they slow it down a tad to welcome sounds reminding us of the original track, after which they thrown in a rhythm synth with a beat backbone to get the people dancing again. After the two minute mark we get the vocals, which are not the originals, but more in tune with the electronical offering that we get here. Still, though, they are sending all their love, and Every single step they take, they take it with her. The guitar gives it a bit of that funk with a nice little riff, and the piano infuses it with some of that dreamy on-the-road-thinking-‘bout-my-gal vibe the original also had. It is not a fast paced affair, but ideal for your road trips or your dancing-the-sun-away moments.

‘L.A. Plays Itself’ by YACHT

YACHT are readying itself for the release of their new album, and this is the second single they’re bringing out for that. It’s a bit heavier on the punk/rock vibe than their previous one, but obviously it’s still a danceable, catchy affair with the beat drum and the bassy synth making sure the rhythm is a-okay. Because of the oomph of the drums, and the immediacy of the fairly spoken-word vocals you get this more rock vibe. There’s also a hint of hip-hop there in the timing at certain points. In the chorus they sing that You think it’s like that, but it’s really like this / You never get caught if you’re never locked in. With Claire then asking if you can read The writing on the wall. The track is apparently named after an experimental gay pornographic film, so there you go. Can’t wait for the new album, to be released later this month.

Joe Claussell knows how to make you shake your boot-y, and here he starts with that percussion and that tropical vibe before he puts the four-on-the-floor and gets the upbeat Latin thing going. Along with a bit of that guitar and piano to give it that authentic flavoring. Just before the minute mark he throws in some horns as well before slowing it down for the vocals, as they chant "Brothers and sisters, I want to saaaay..." before diving into a narrative about this guy who did it His way (wink wink, nudge nudge). I love the multiple vocals, giving it this communal atmosphere, like you are dancing at someone’s street party in Cuba or something. And they sure get it going, and Claussell keeps all the auxiliary sounds right in there, with the guitar, the extra percussion, the whole shebang really, to make sure it keeps its momentum and this feel of pace. At about the four minute mark he slows it down a bit, stripping most except for the tom-toms and other percussion. He then first gets the guitar and vocals back before putting the beat back in there for the dancefloor to hang their hat on. Saw Claussell doing his nifty DJ stuff earlier this year, and there was definitely a party vibe there, and this shows why that was.

How about some of that old school disco, courtesy of Alkalino, who calls in Doctor Love, with the First Choice gang doing their thang. So it already starts with those old school sounds, driven by the bass, the four-on-the-floor, and the percussion elements, and with a nifty little guitar and some horns for extra flavor and that real disco feel. At about the two minute mark the girls call out for Doctor Love for the first time, with the main vocalist taking over at about 2:35, giving it that yearning feeling that fits that disco dancefloor to perfection. And she does the works, doing the growl, the high pitched squeal, just about it all really. In the mean time there’s still the beat, the percussion, the bass, and that little guitar to make it all move forward at breakneck pace. Just one of those fab old disco tunes that knows how to put the yearning and the sex in there, and Alkalino makes sure it gets some modern flavoring to get dancing to all night long.

Sunrise this sure feels like, with Aimes taking on this track by Cyclist & Maiko. It is half the percussion cowbell, and half the lazy synth that, after about fifty seconds, is substituted for a more  deeper rhythm synth sound (though they later prove to be able to co-exist as well). The female vocals sing that Your love feels so good, and she certainly is feeling that she can spend her time with you (score!). So I guess that’s sipping-some-tropical-beverages-whilst-looking-at-the-sun coming up. The bass and percussion then move it into a bit of a higher gear, getting into dance mode a tad more around the two minute mark. At about 2:30 they move it into summer and tropical bars with some light, fun-loving synth work, after which they slide it back into the rhythm again, this time enlisting the vocals for some extra help, with the horns coming in as extra back-up as well. A sunny, catchy affair to do some of that late summer dancing to with your love (or lust) one for that night.

Let’s go lush and smooth with this offering from Crayon. At about the 20 second mark they go from intro to the actual song, which has this nice R&B vibe with the synth and the particular rhythm of the drum. I like it when that little guitar riff comes in, that’s sweet. At about the minute mark they dial it down for a moment, removing the rhythm elements (especially that synth), but it all comes back soon enough. The vocals are silky smooth, and really give it that '90s R&B vibe, whereas the slick electronics put it more in the nu realm of it all. They plead Ohhh girl, don’t you turn me away. Again, at one point they dial it down, to the point there’s almost merely a sound that seems like fingers snapping to the rhythm, but for the last part they get it on for a moment again to make sure it doesn’t end whilst grinding to a stop. As said, super smooth, super sexy.