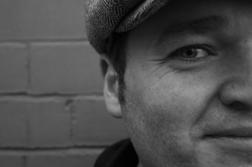 Track of the week: ‘Why_Ya_Why’ by Jamie Lidell

I actually remember watching him at a festival when he had just released that mega hit ‘Multiply’. You can say what you want about Lidell, but a) the guy has an amazing grasp on music, and b) he didn’t try to cash in by doing ‘Multiply’, ehrmm … multiple times. This is kind of ‘The Voodoo Woman Cometh’ with that New Orleans swamp vibe it has going on. Obviously made contemporary by Lidell’s experimentations and vocals. But if you thought that Princess and the Frog flick by Disney could have used a more daring soundtrack, here it is. It slides from old school horn sounds to this completely electronic part where the machines are taking over the honky tonk side of town. Personally I love this kind of thing, even despite that for personal enjoyment there’s a tad too much experimentation which makes it not as smooth as I generally like my songs. But I just love the idea of applying these old sounds and invading that with a contemporary feel, and doing that with complete sincerity and whilst honouring the original. That final part he could’ve left out as far as I’m concerned, though his ear for music is rampant throughout the entire tune.