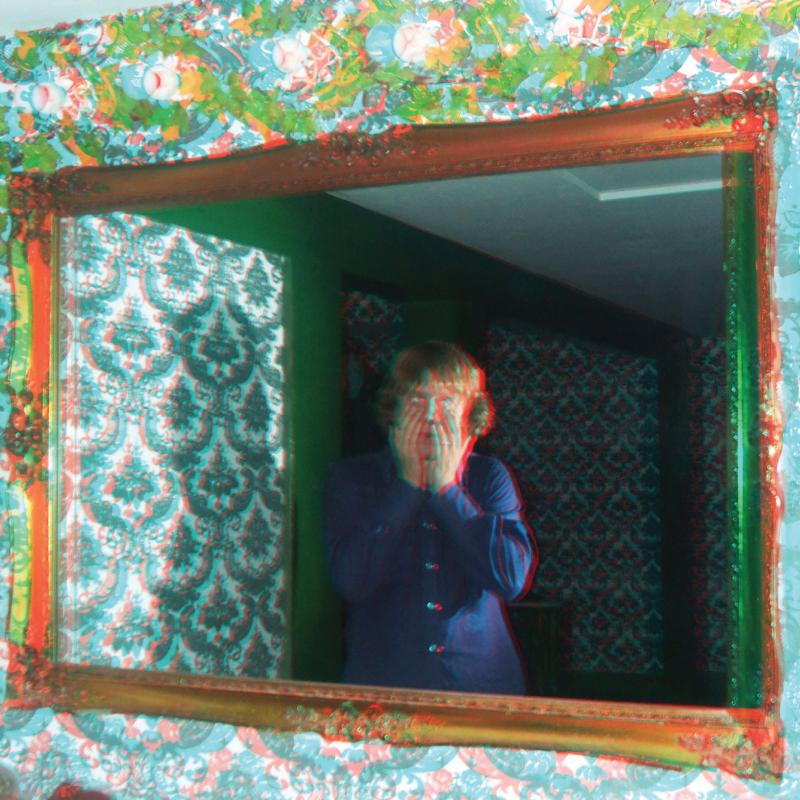 Having remained current in our thoughts at the end of 2014 with the release of the $ingle$ 2 compilation album the continually creative Ty Segall kicks off the new year with a quartet of all new songs, released as a double 7” set which in turn doubles as old-style 3D glasses through which to appreciate the full effect of the release’s cover art. That’s the gimmicky element dealt with – what about the songs?

‘Mr. Face’ itself is a pretty stripped back number for the most part, not an ounce of fuzz in earshot for the first couple of minutes, allowing Segall to make use of quite an angelic vocal styling. After that point though it gets nicely wild whilst retaining the sweet vocal line. 'Circles' is thankfully not a cover of the old Fleur De Lys number but instead a nicely punky track featuring some off-kilter flute in the background. This pounds along enjoyably.

Moving on to disc two, as it were, 'Drug Mugger' chugs along at a good pace throughout, without ever really nailing it's colours to the mast yet that's not to say it's at all unenjoyable. Rounding out the collection is 'The Picture', a ballad-like track of folky whimsicality you'd be hard pushed to ascribe to Segall if heard out of context, revealing another string to his bow.

Mr. Face is available from Famous Class Records and iTunes.

The cheapest way to keep up with these prolific indie, garage, whatever artists who williy nilly release limited edition singles in all the colours of the rainbow on all manner of labels who're happy to wantonly associate with them is to bide your time and wait for the inevitable compilation album to materialise. Whilst the title of $ingle$ 2 satirises Ty Segall's supposed money-grabbing the winner with this collection here is the consumer.

Coralling out-of-print 45s and non-album tracks from 2011-2013 it's probably not too much of a surprise how well the various songs put out on Castleface, Permanent, Famous Class & the album's home Drag City, all successfully combine to make up a satisfying album (just in case you were growing bored of Manipulator ...).

'Spiders' starts the album off in a heavy, manic riot of howls and feedback, maintained on next track 'Hand Glams'. Third on the bill comes a pretty standard version of the Groundhogs' 'Cherry Red' (The Monkeywrench's version pips it at the post for me) before the more thoughtful & sunshiney 'Falling Hair' arrives in fourth place. The generally high standard reached by the aforementioned tracks is more than maintained as the album progresses.

The album contains two further cover versions in the shape of The Velvet Underground's 'Femme Fatale' (unrecognisable & fully embracing John Peel's maxim to make a cover version your own) and GG Allin's 'Pettin' The Dog', which finishes the whole shebang off to great and rousing effect. A fine collection then and far and away not just one for the completists (hell they've already got the original 7"s anyway).

$ingle$ 2 is available from amazon & iTunes.