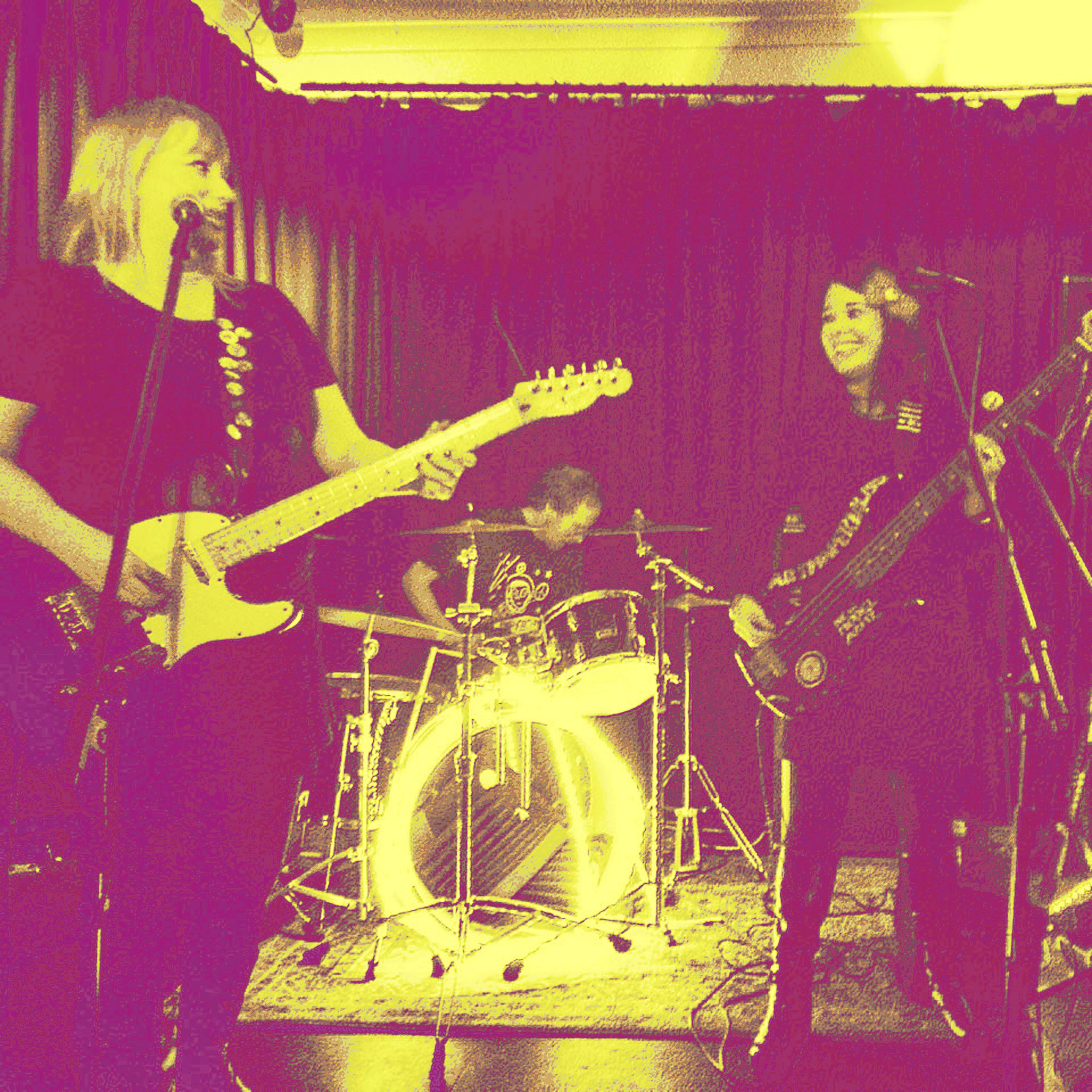 The fnormidable (groan...) Fnords will be playing at the Franklin Fest 2016 afternoon showcase on Saturday 25th at The Leith Depot from 1:30pm with other Scottish based bands The No-Things, Fanny Pelmet & The Bastard Suits, Geek Maggot Bingo, and the mysterious The Nettles. I spoke with the band to check out excitement levels, and take a wee peak into their secret psychic world...

Debbie: What's imminent for The Fnords?

We're still working towards the notoriously difficult second album.  Fnordstime runs at a much slower pace than reality, so it's to be expected that it's us taken a long time, but we've got enough new material written now (about soviet spysex, horror movie icons, victorian seance tricks and some other stuff...) that we're gonna be thinking about recording soon (hooray).  Whatever soon means... Gigswise, we've playing at the Flying Duck in Glasgow on July 23rd, and we're playing with teen riot grrrl sensations Bratakus in Elvis Shakespeare on August 14th!

Number of years together: 10

Number of gigs played: over 100, skewed by the fact that we only played once in the first 2 years in a village hall in darkest Stirlingshire.  On bonfire night.  We ate in a hotel that looked like the Overlook, but with added taxidermy.  Spooky.

Number of mistakes in the average Fnords show: 5

Number of fucks given about said mistakes: nil

Debbie: Have you been rehearsing tirelessly for your stint at the Franklin Fest?

We may rarely rehearse (it keeps us 'fresh'(ahem)), but we have been in special psychic training as part of a secret governmental control scheme.  We'll know if you don't come and see us, and will instigate a bizarre form of telekinesis that will cause you to lose small but important objects from your home.  This will prove annoying.  So it's probably in your own interest to come and watch us play.

Debbie: Big up the organisers...

Franklin Fest is putting on some of the best current wave of garage bands, it will be a joy and a pleasure to be part of it this year. Plus, it's always good to catch up with friends in Edinburgh!

With many thanks to The Fnords for their contribution. I can't exactly remember the price of the afternoon show as a separate entity, but you can buy tickets for the whole weekend here... tickets-scotland.com details of further upcoming shows can be found on their facebook page: https://www.facebook.com/The-Fnords-182418645133589/