With our jeans still damp we return to Preston Park for Day Two, and with a better forecast for the proceedings, we settle down for another feast of music.

Greeted first by the lively upstarts Skinny Living. The carefully crafted indie poppers were greatly received. With an album out shortly, we can only see bigger and better things in their future.

Now that our ears are nicely warmed up we're then exposed to the onslaught of the wonderful Seratones, an incredible four-piece from Louisiana, fronted by the amazing vocal talents of A J Haynes.  They bring high energy, rebel rousing guitar sounds that simply blew us away. On the last leg of their UK tour, the leave with a bang and we were so glad we managed to catch them.

From the roaring and weighty, to the infectious sounds of the joyful Songhoy Blues. Hailing from Mali they are simply a joy to behold.  Their upbeat African rhythm within a blues based guitar proving to be a unique combination.  Touring of the back of their amazing album Music in Exile, the crowd lap up the sheer enthusiasm the band bring to the stage and certainly manage to get the ever-growing crowd ready for the evening.

Peter Hook is now up making every middle aged man at the festival take note.  This is stuff they came to see. When he starts to blast out 'She’s Lost Control' and then 'Blue Monday' you can sense the silent appreciation. He is obviously not allowed to leave without the final track 'Love Will Tear Us Apart' which quite naturally gets the biggest reaction and is fully deserved.

The only act that doesn’t meet the high standard set by the festival is The Horrors. They appear lethargic and nonchalant and not in a good way.  Their music is bland and they simply look like they don’t want to be there.

This is in huge contrast to the appearance of the final act.  Suede and in particular Brett Anderson bring an old school energy that most modern rock act simply don’t have. He is the ultimate frontman, controlling the crowd as he leads us from hit after hit.  He is even honours his mum with a ballad on the anniversary of her death. The hits and the swagger are in perfect harmony. This is a wonderful performance at a time when bands need to be shown how to perform live. They finish with the classic 'Beautiful Ones' as the crowd erupt into a singalong. We trudge away thinking that Together the People have again delivered an excellent festival to Brighton and it’s just what we needed. 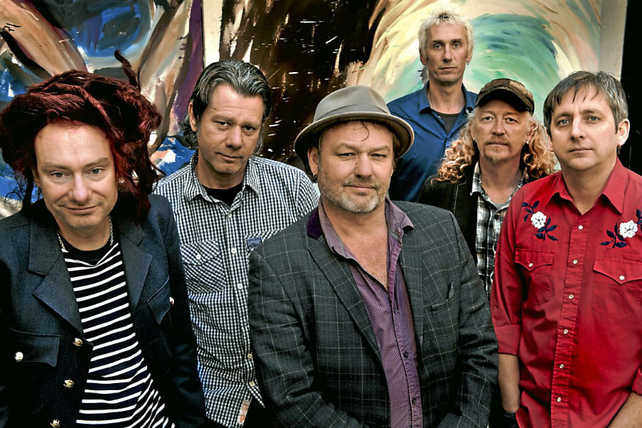 Former Glastonbury Festival headliners, Levellers, will close the festival in their own imitable style. Drawing from their extensive back catalogue of over twenty chart hits, including 'What A Beautiful Day', 'One Way', 'Carry Me' and 'Battle of The Beanfield', the band will provide Watchet’s 10th Birthday celebrations with an incredible final performance.

Headlining Watchet on Saturday are BRIT and Ivor-Novello award winning pop-rock band The Feeling and are joined by Joy Division and New Order Bassist Peter Hook, along with his band The Light.

Friday will see the return from both Geno Washington and The Real Thing, while Saturday hosts a repeat visit from former Special’s frontman Neville Staple Band. Sunday will see Dreadzone and Cornish folk troubadours 3 Daft Monkeys with many more acts across all three days yet to be announced.

Watchet LIVE Festival is a not-for-profit family-friendly festival based at Parsonage Farm, Watchet. The festival will take place this August bank holiday weekend from Friday 26 to Sunday 28.