Personally I found it hard to believe that this is only Fawn Spots' debut album, having first encountered them live two summers ago at Wakefield's Long Division festival. On the strength of that performance (& the brief look I had at them again in the same venue, though not part of the festival proper, last September) I'd expected there to be at least a couple of full-length releases under their belts.

That not being the case though what have they brought to the table with From Safer Place?

A full-on rendering of their frantic live performances is what. Opener and initial single 'New Sense' nails their colours firmly to the mast as they blaze away at paint blistering, post-hardcore speed. York's probably not thrown up many acts of this nature but everyone has to come from somewhere.

Second single 'Black Water' is another case in point as it aims to pummel you into submission in between offering lighter instrumental respite for a couple of brief spells. Getting pounded on by the contents of the album is though mainly what sums up the experience of listening to it. Other than Husker Du and Nation Of Ulysses most of the older acts the band have been compared to never seem to have enjoyed long careers or made the leap from sub-genre to well known but that's hardly any reason to be reticent about getting ideas down on tape and out there to the masses.

'In Front Of The Chestnut Tree' is the album's one mis-step, a curious groovy instrumental that turns up a couple of songs from the record's end. It probably comes over better live when delivered with more pace but, programmed in where it is in the running order, here it disrupts the deluge that you're otherwise subjected to. Which is a shame as the water's lovely and you should give yourself up to it.

From Safer Place is available from amazon & iTunes. 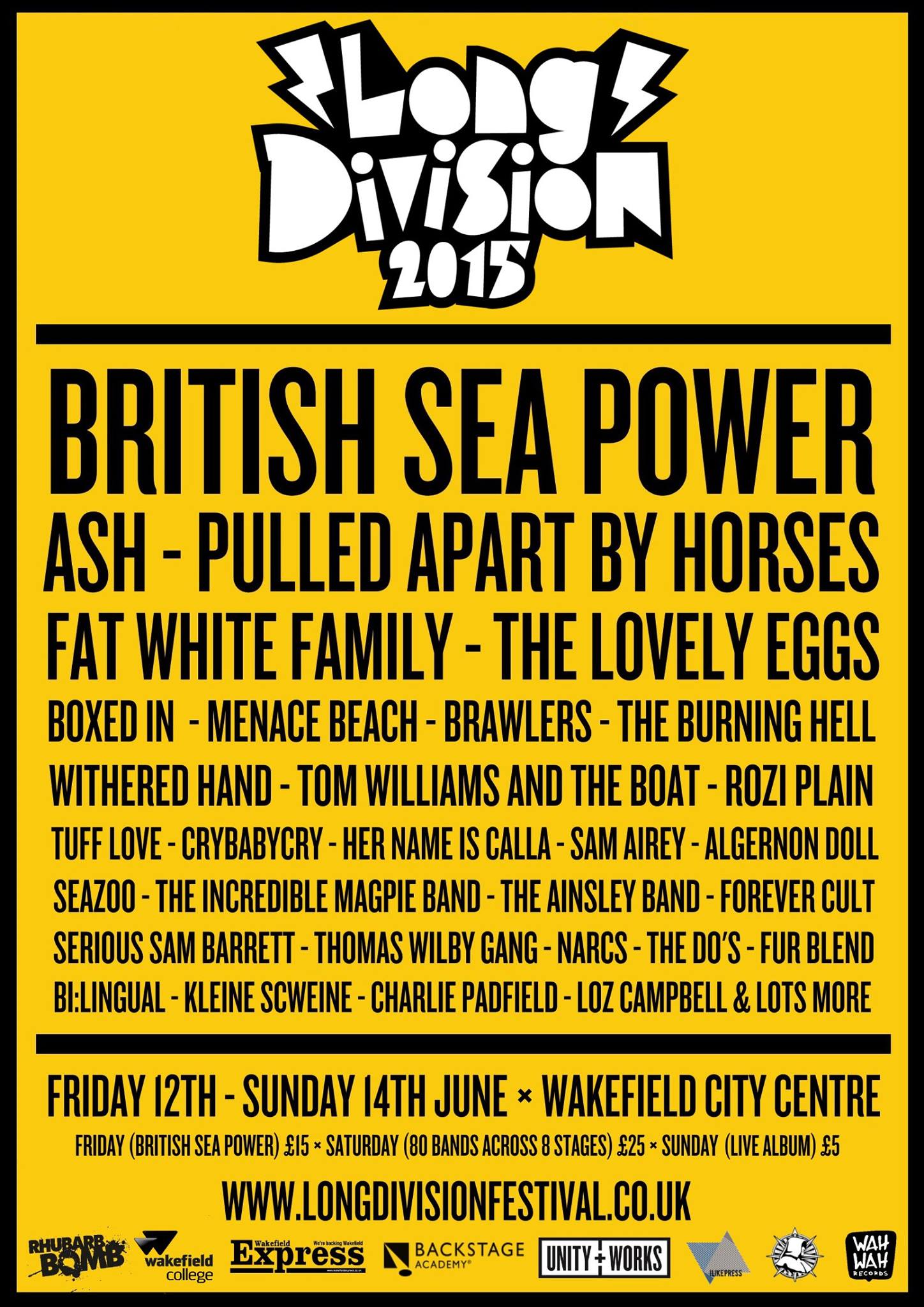 Wakefield's Long Division festival, taking place once more in June following 2014's slight change to September to mark the opening of the Unity Works venue, has made it's initial line-up announcement.

Early Bird tickets for the Saturday have apparently already sold out but at £25 the normal ones are hardly breaking the bank and what are the chances of seeing British Sea Power anywhere else for as little as Friday's £15?

Further details about this year's event can be found at the Long Division website here.