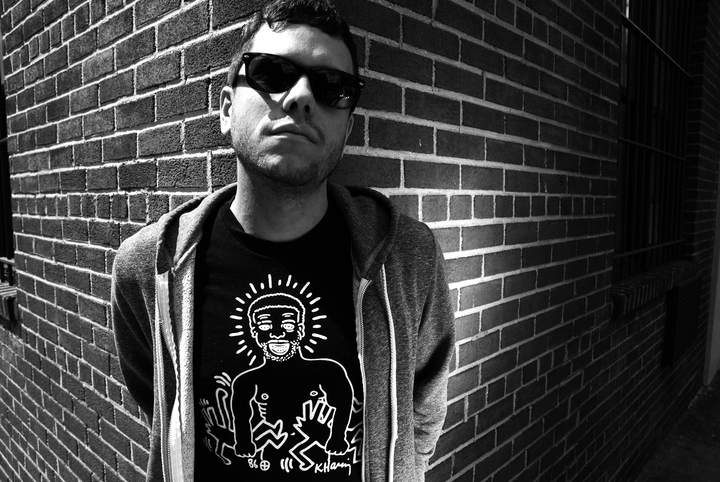 Track of the week: ‘Calling Card’ by The Galleria

Morgan Geist knows how to mix danceability with some emotive vocals, and here he does so as The Galleria, which takes it’s cue more from '80s pop than the house or disco music that he has emulated as part of his other monikers. So here you’ve got some iconic synthesizer sounds, using the ticks, bleeps, and percussion hits well alongside the throwback sounds that one remembers from radios or discotheques past. Jessy Lanza is on vocal duties, putting in some emotion with her rhythmic delivery. At about four minutes in we get this bell solo (!), which then is followed by a more bass-synth line as he goes for an instrumental passage for the dancefloor, with Lanza doing some “oh-ho, yeah”s to get some sexy in there as well to end the track. I love a lot of Geist’s stuff (those Storm Queen singles are especially superb), and he knows how to mix dance with the vocal outings he gets from his leading men and women. This is more on the catchy and pop side, a nice supplement to his oeuvre I reckon.

Emilie Adams wastes no time entering the scene here, immediately putting her dreamy, far-off stamp on this undoubtedly catchy track by Zimmer (because, you know, that’s just what he does). So no wonder that you get this elegant beat and synth combo after just a few moments, which he halts at about the forty second mark to go just piano to help out his singer here for a moment. Just for that extra emotional touch. Soon the percussion elements come back in, with the guy obviously working his way back to, in this case, a new beat. And the occassional touch of horns, which is always a good addition (they’re horns, what do you want from me?). Again, he takes his foot off the pedal for a moment, but that beat is quick to come back, though this time it seems he combines the two different ones he’s already used to give us the full monty that he has been leading up to the whole track. It’s a track of his new, upcoming EP, one that will be an enjoyable listen no doubt.

‘The Formula’ by Eli Escobar

Eli Escobar seems to have recently put his whole album Up All Night on his soundcloud, so if you missed listening to it on release, here’s a way to preview it no strings attached. This track, ‘The Formula’, starts with some of those club sounds. Far away music, people talking, and other assorted sounds associated with a night out. The music, though, creeps to the front of the mix with a nice bit of piano house arriving first, with a soft percussion line still being a bit shy and taking a back seat at the start. The vocals then really come in again, repeating the line I’ve got something for you, which in the club can only mean one thing, really, can’t it? In the mean time the piano has been integrated into the more percussion based rhythm sounds, with a jazzy saxophone putting this in a smoking bar in NY before it takes you to town a short while later when the rhythm takes you out and wants to do some serious dancing with you. Doesn’t mean the saxophone can’t be there, cause by this point everyone wants to join the party in this catchy little number. Loads of atmosphere, super smooth, and loads of fun: if you’re working at home and you’re looking for something to stream to get your energy up a bit, his soundcloud is where it’s at.

John Talabot is the master of atmosphere combined with deep beats, and here, from the get go, he shows you why. He starts with a nice, deep, bit African sounding percussion. Some extra hand percussion comes in, soon being combined with these lovely secondary sounds to really give you the feeling you’re watching the sun set over the plains and all that jazz. He adds a little bass sound in there too, and a lighter rhythmic percussion, though it is that guitar that really puts this one in the place where it needs to be. He is super in terms of building his tracks up, and here, too, the subtle transitions, the subtle changes in volume, the subtraction or addition of certain sounds; it’s all done with an expert ear. At 2:50, for instance, there’s little left in terms of rhythm sounds, but just over the three minute mark they come back in without overpowering the main instrument at all. Keeps you out there in sunglasses riding around the out-of-town roads, just because it feels like that’s what you gotta do listening to this one.

I’m more prone to fear mornings than nights, to be honest, but Luke Million certainly gets those italo synths blasting as if they’re doing a sci-fi soundtrack with the hero vs. baddies sequence coming up. Jesse Davidson puts in a rhythmic vocal turn, saying that You’ve got the right, to fear the night, a line followed by a nice, bordering-on-cheesy piano line from Million, with the synths and beat combo still hammering this one onto the dancefloor. At about the second minute mark Million comes with a new synth line, which is pretty catchy and awesome, as Davidson mentions that You’ve said that you’d never be unfaithful to me (Ha! We all know that was a lie!), so there’s a bit of an emotional thingy going on, which we dance away on the synths and cheesy-piano-chorus, turning it up a bit with a sort of male back-up choir near the end. As always, dancing the blues away on a catchy-little-tune like this one beats out dancing the blues away on a tearjerkingly-serious-affair, so don’t mind if I do it right here, right now.

‘You Got the Love’ by Candi Staton (Dr. Packer rework)

The bass gets this one rolling out of the gates, with some percussion and synths helping out after the initial few seconds. These sounds become more prominent as this one closes in on the coming of the vocals, which we all know at one point or another will arrive with a vengeance. First we get a few rounds of building up the instrumental structure of the track, with Dr. Packer adding sound for sound before dialling it all down a bit for some muted bass and vocals. Which he is wise enough to turn up quickly again, as he knows that, now we’ve heard it, we want it. It’s one of those tunes that everyone who has ever been on a dancefloor knows, with that big, all-out vocal turn by Candi Staton, exclaiming that Your love is real, and she does feel sometimes like putting her hands up in the air in praise of that. In the mean time the bass keeps rolling to provide that base for dancing, and at that point you just have to make sure you’re not in her way, because she is barreling through this ode to true love. Some subdued horns and a dash of piano can be heard as well, and this is just one of those feel good edits you can throw out there for just about every crowd. As, Lord knows, we all need a bit of that Staton real love every once in a while.