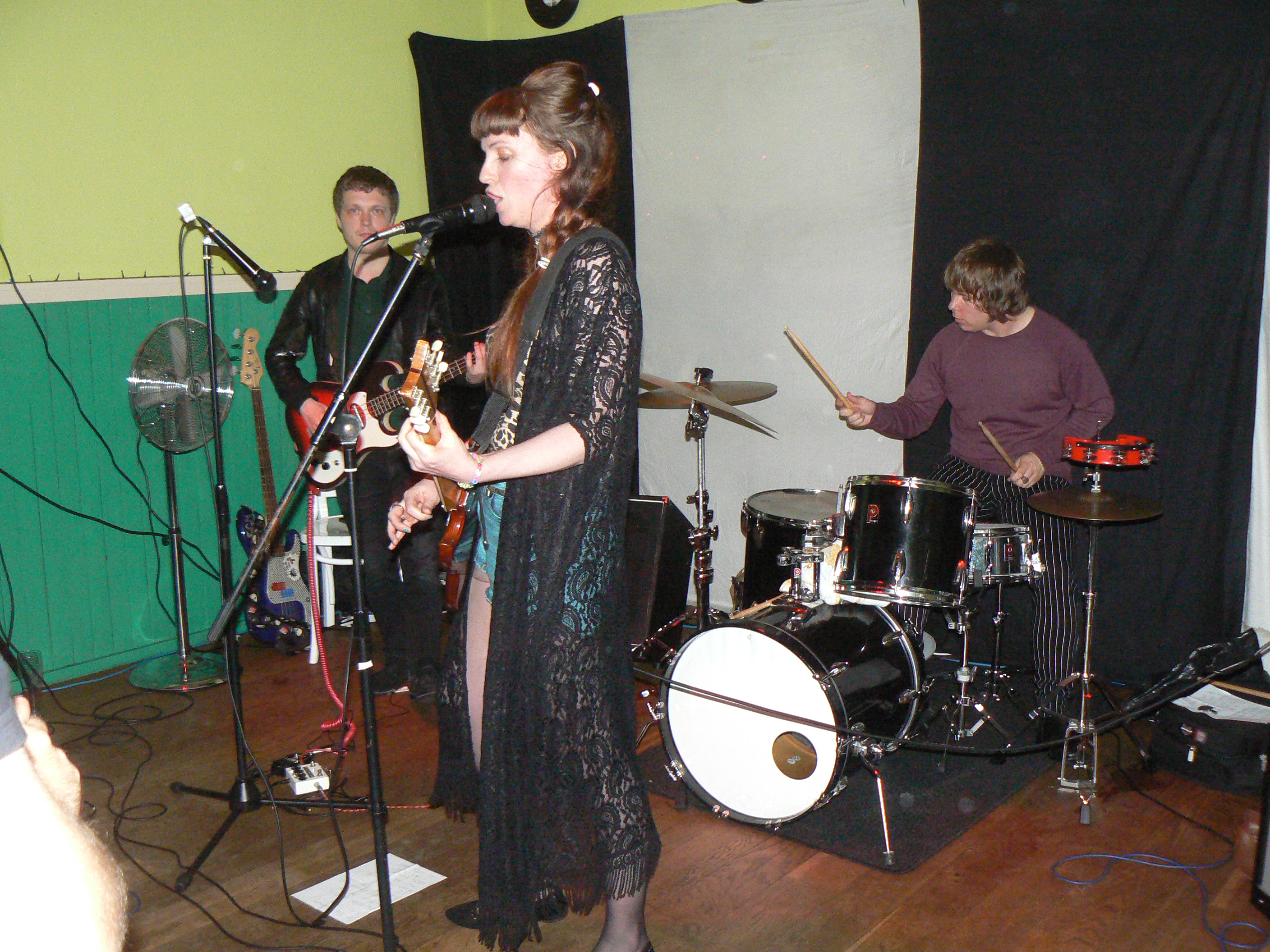 Everything has to start somewhere but when you're the first band on the bill of the first ever garage, beat, punk 'n' roll festival in Edinburgh & your bass player can't turn up due to getting his dates wrong you'd be forgiven for wishing that start point wasn't occupied by you. Logan's Close, however, went from strength to strength in their enforced trio shape as they kicked off Franklin Fest downstairs in The Safari Lounge.

Having been praised as "the future of Beat in Scotland" by no less than Lenny van Helsing of The Thanes and, as their set progressed and they loosened up a bit, bringing to the table plenty of the energy & spirit exhibited by their forebears when cutting their teeth in Hamburg 50 or so years ago you'd have to say he's on to something there. And that was before they really started to sing.

Whilst the drummer can hold a tune the two front men are capable of some serious projection when they get into their stride, providing more than a couple of instances wherein you can imagine them progressing very comfortably within the local scene and beyond.

A change of style but not of relative age when The Phlegm make their appearance. Clearly as a regular gig goer bands looking as young as they are takes over from that adage about youthful policemen. As with Logan's Close though these lads played a tight and confident set of originals and covers of rockabilly & punk tunes (including Devo's 'Mongoloid')with a lean towards the vampire & zombie end of things.

Ably deploying an upright bass for the latter thirds of their performance and exhibiting a good sense of humour throughout theirs was a show that clearly they'd not just fallen into but one which accumulated tens of hours of practice has honed to a thing with only a very few rough edges requiring to still be rounded off. Yet another up and coming band that thoroughly deserve greater attention and a further credit to the organisers for having the wit to put them on the bill.

Finishing things off tonight were The Creeping Ivies, last seen by this reviewer over a year ago. Wasting no time in starting they initially got things underway to an empty room, forcing the tardy punters to hastily make amends by scrambling downstairs and getting into place as the first chords reverberated around.

Blazing through such tracks as 'Alright For You' the trio stomped & yowled themselves into the sort of frenzy that temperatures earlier in the day would have made life-threatening. A fittingly enlivening performance to close out this first night of an event that promises to build high on suitably strong foundations.

Franklin Fest continues over this weekend at The Parlour and the Franklin Cricket Club. Further details here.