Roosevelt is the debut album from Berlin-based songwriter and producer Marius Lauber. Lauber combines immediately accessible songs with clever lyrics and diverse instrumentation. He wrote, recorded and produced the record himself over a period of two years. Five of the twelve tracks have been previously released as singles. It doesn’t take long for the album to suck you in and immerse you.

With any electro-oriented album, ‘70s and ‘80s sounds are sure to crop up; the gated reverb on the snare on ‘Belong’ has a particularly mid ‘80s feel, but Lauber includes influences from the ‘90s and ‘00s too. Like the Canadian band Metric, he weaves innovative, original yet familiar electronic and acoustic music with emotional, vulnerable lyrics creating a tapestry of sound that is simultaneously touching and groovy. Roosevelt is like Trent Reznor painting in bright watercolours rather than his usual dark palette.

There will be inevitable, and justified, comparisons with New Order, and with Hot Chip. The latter's Joe Goddard co-owns the Greco-Roman label that signed Roosevelt and he is in good hands there. They have previously broken acts such as Disclosure and Totally Enormous Extinct Dinosaurs. But the accomplished pop songwriting on Roosevelt is more akin to Arcade Fire or The Beta Band, and Lauber regularly namechecks Caribou, Toro Y Moi, LCD Soundsystem, and Talking Heads. Most pronounced is the influence of José Gonzalez. Lauber’s uncanny similarity to the Swede’s singing voice and phrasing make the two seem like long-lost brothers. With that said, Lauber own original voice and songwriting are the most prominent influences on Roosevelt.

Lauber avoids the clichés of funk and the bland oomph-oomph of generic techno, without sacrificing danceability. It is amazing that this is his debut album. It sounds like a greatest hits. It is one astonishingly good tune after another. Roosevelt is doing what Disclosure and Bastille have done but much more cohesively and successfully. Every time you think you’ve heard the highlight of the album, the next song makes you rethink.

'Wait Up ' eases you in gently with its subdued funk guitar and bongo groove before ‘Night Moves' takes hold. The first of a number of excellent tracks on Roosevelt, ‘Night Moves’ is already a great song even before the Balearic B-section kicks in lifting the mood close to euphoria. 'Belong' sounds like Gonzalez's Junip project with lavish layers of keyboards over it while recent single 'Moving On' is reminiscent of The Knife's 'Heartbeats' which Gonzalez famously covered in 2003, with synth pads and shakers replacing the fingerpicked guitar.

‘Heart’ is an undiscovered '80s new romantic classic that opens with a retro futuristic keyboard riff and builds to a massive chorus that barges in shoulder-pads first and waves its skinny tie around. Two further singles, ‘Colours’ and ‘Hold On’ keep the standard of songs on Roosevelt dazzlingly high, and ‘Fever’ should be all over the radio right now. That song is this album in microcosm. The sequencing of the tracks starts softly and brings the listener on a journey, raising the emotional connection between performer and listener to a near symbiotic level before ending suddenly, like a cliffhanger tease for the next album. With the talent, ability and nous on display throughout Roosevelt, the next episode will be worth the wait.

Roosevelt is available via Amazon & iTunes. 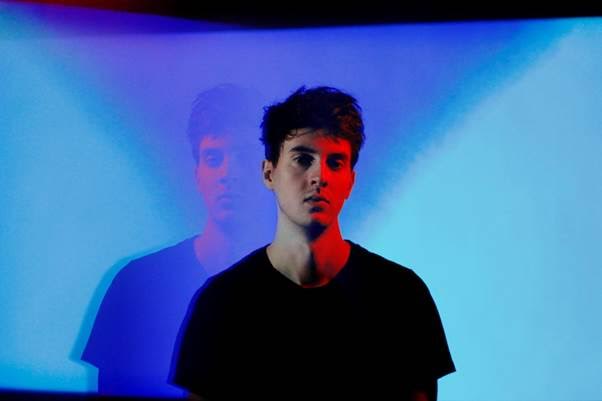 Out on Friday August 19, the self-title album will be released via Greco-Roman/City Slang records.

To mark its launch Roosevelt AKA Marius Lauber, has unveiled a new video which features two tracks from the album - ‘Colours’ and ‘Moving On’. This double-bill approach gives more insight into the album than the usual standard one song video format.

You can check it out below: